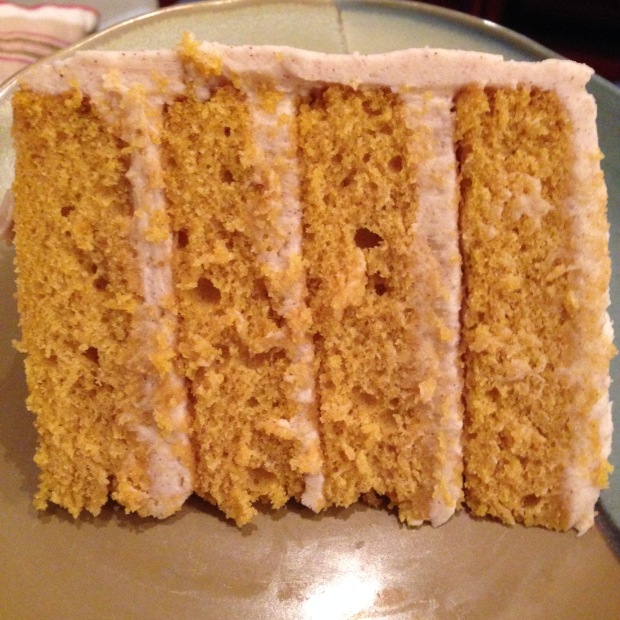 One of my New Years resolutions was to try and use some of my free time to bake more so that I can try new recipes. I’m a big fan of pumpkin pie and most things fall, so I’ve always wanted to try a pumpkin cake. With Snowmageddon 2016 hitting Philadelphia with more than two feet of snow this weekend, I decided to bake a cake. Despite lacking gym time this weekend, we were able to use our snowshoes for the first time in Philadelphia on both Saturday and Sunday, which gave us ample exercise to gorge on cake! 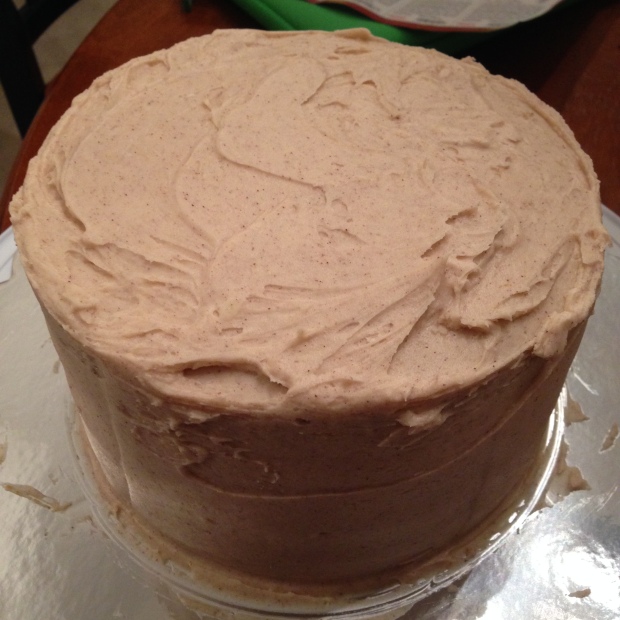 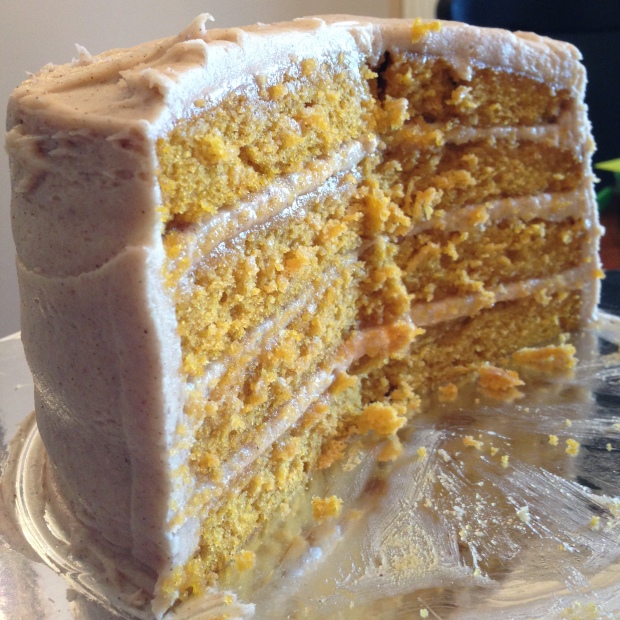 When I decided to bake this cake, I figured that my wife would not eat any of it. That is why I scaled down the original recipe, baking the cake in four 7″ cake pans (really, I could have used just three pans, but the pans I have are only 1″ tall, and I was concerned the cake would rise too much). However, to my surprise, she not only asked for a slice, but she even went so far as to say that this was one of the best cakes that I have made! The cake is soft and moist, kind of in between what you would expect from a cake and from a quick bread. My wife doesn’t really like pumpkin, either, and she noted that the cake doesn’t really taste like (what she thinks) pumpkin tastes like. 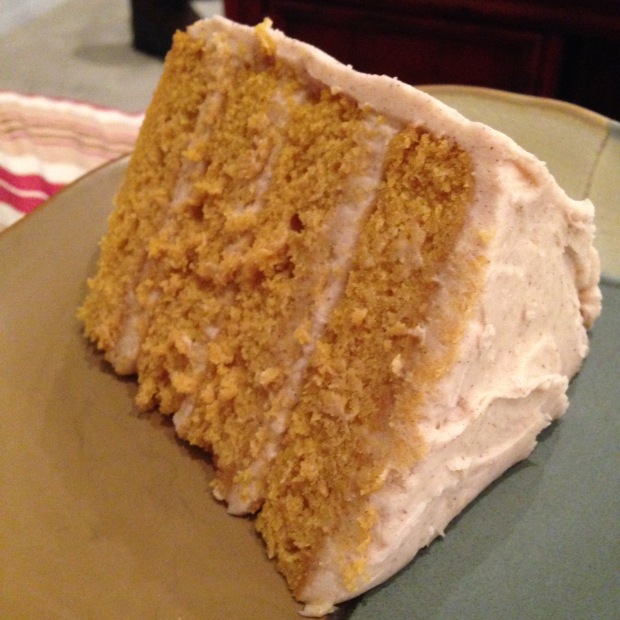 I might try tweaking the recipe next time, adding some spices like cinnamon, nutmeg, ginger, and cloves, though my wife thought that the frosting provided the spice that the cake may or may not be missing.

Pumpkin Cake with Cinnamon Cream Cheese Frosting
Based on this recipe.