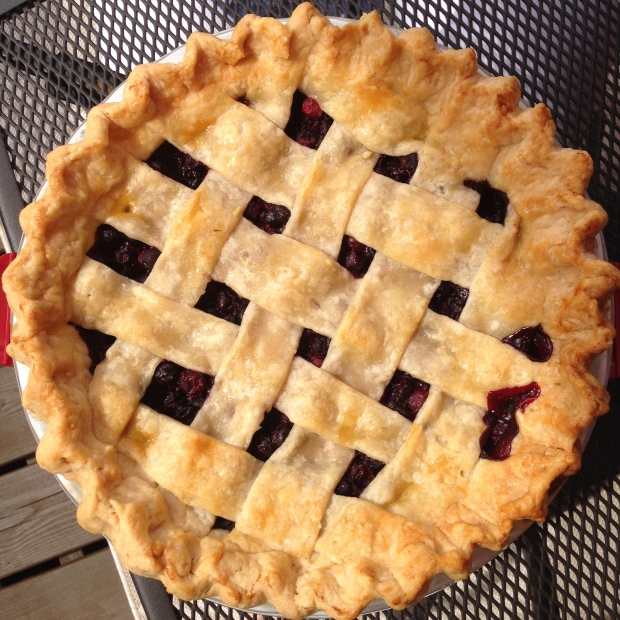 For a festive Fourth of July, I baked blueberry and strawberry pies served with store-bought (gasp!) vanilla ice cream. Get it? Red, white and blueberry. The blueberry pie is the new addition to the recipe index, as I previously baked this strawberry pie. However, it was the first time anyone else tried that pie, since I managed to take it down all by myself…

At the time, I thought the strawberry pie was exceptional. But, it really paled in comparison to this blueberry pie in both taste and appearance. This might just be my general preference for blueberries over strawberries, but even my in-laws, who love strawberry desserts, thought the same. I’m sure my sister-in-law, who doesn’t like fruit (I know, what?), would have liked it if she tried it, too.

In my opinion, the game-changer in this particular recipe was the cinnamon. Just one-quarter of a teaspoon was enough to enhance the flavor profile ever so subtly (I noticed it because I baked it, but no one else did).

The only issue I had with this pie was in the cutting, serving and presentation. Despite allowing the pie to cool COMPLETELY to room temperature (overnight, ~24 hours), it still ran everywhere when I cut into it. I don’t think a perfectly cut slice of pie was within the realm of my expectations for a berry pie, but a guy can dream. I did manage to get a decent photo of two slices of pie without having mangled pie crust and berries all over the place: 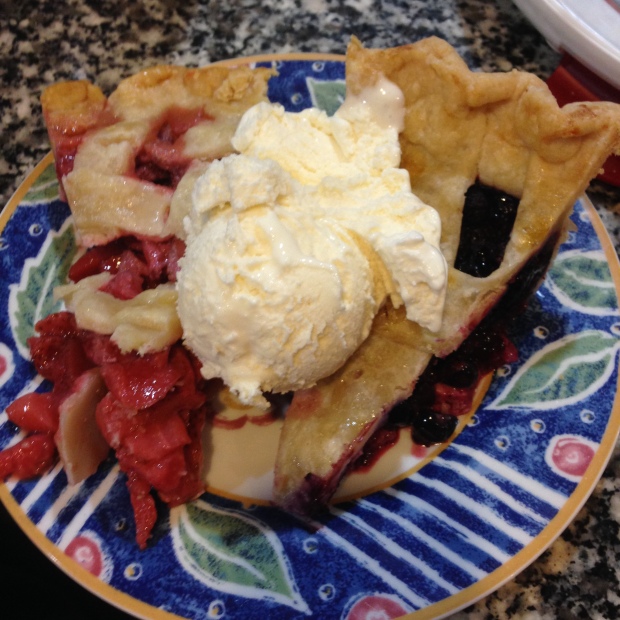 I looked at pie recipe options from America’s Test Kitchen and King Arthur Flour, but I wanted to test a recipe that didn’t call for an ingredient I’d only use once. America’s Test Kitchen uses a grated apple to boost the pectin (similar to gelatin) required for a more solid filling as well as quick-cooking tapioca to absorb some of the liquid (though I read that it can lead to a gummy texture), and the recipe involves reducing half of the blueberries in a saucepan prior to baking. King Arthur Flour’s recipe involved more blueberries and recommends using Instant ClearJel as a thickener. Both recipes used more sugar, too, though I think this would make the filling more runny.

I think I might take elements of these recipes into consideration for the future Blueberry Pie II, specifically the Instant ClearJel instead of cornstarch and reducing half of the berries (using more berries).