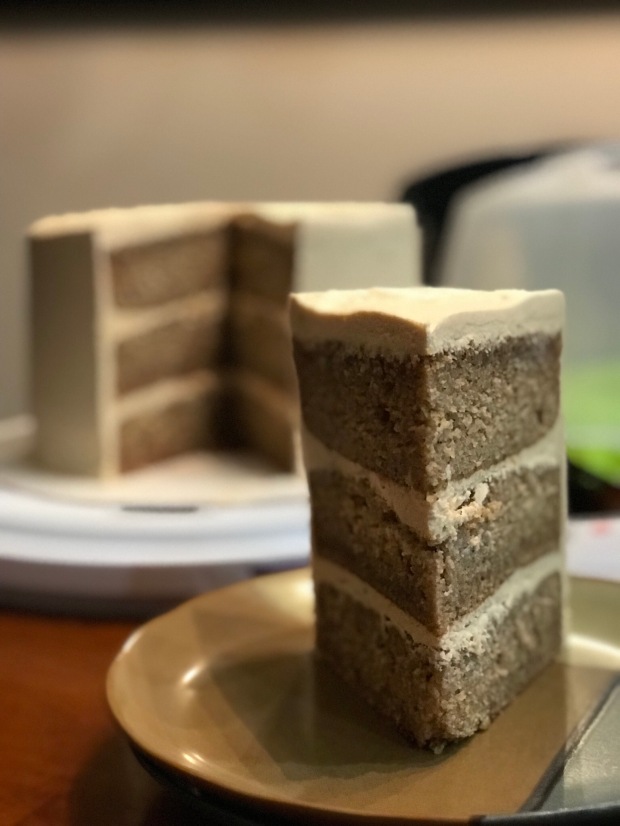 Sometimes I obsess and obsess over a recipe I want to try until it reaches a boiling point, and I just have to bake it to find out what it tastes like. This is what happened with this cake. I thought about scaling the recipe down given that it was probably only going to feed a few mouths, but I haven’t been baking very much lately, so why not? I didn’t go overboard with the decorations, either, because it was really only for personal consumption, and it was late night by the time I finished the frosting.

Last year, I baked an Apple Cake that I found to be quite good. This recipe uses 4 cups of applesauce (!!!) in the place of any liquid dairy, which also helped to cut down on some of the grunt work of peeling/cutting apples. The cake is also topped with a cooked flour frosting that I’ve attempted only once before. 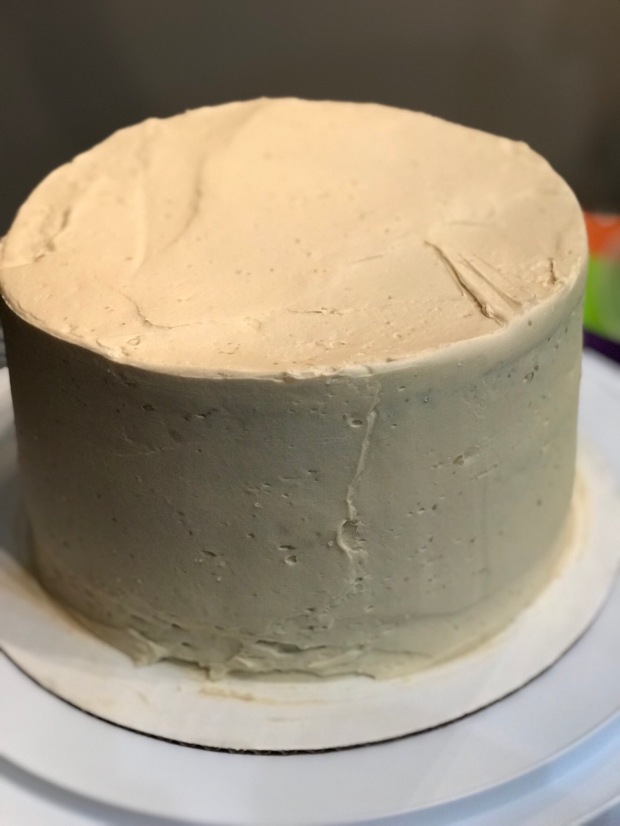 The cake tastes a spice cake, especially given the quantity of allspice and cloves in the batter. I think this masks the apple, however, and I think it might be improved by increasing the cinnamon to a tablespoon. My wife, who is usually anti-spice, did not believe I should mess with the spices at all.

The cake is fairly easy to assemble and bake, however, upon cutting into it, I noticed some “gluey streaks” that I’ve seen in some of my other cakes. According to this blog post, I most likely over-creamed the butter. It’s not even close to inedible, but I feel like it could have been better. The original recipe calls for four minutes of creaming plus another three minutes once the sugar is added, which seemed excessive at the time, and I’d probably reduce it considerably.

I did have some trouble with the first salted caramel recipe that I used. The caramel met and exceeded the appropriate temperature but was still super liquidy. I’m not sure what I did wrong, except that there might have been too much liquid in the recipe? To be fair, the recipe is for a caramel sauce and not just caramel, although this might have also been the reason some commenters complained of a runny frosting. Using this salted caramel recipe, which is more viscous, I did not experience a runny frosting at all.

The frosting is way better than the cooked flour mint frosting I tried previously, which lacked butter. The addition of butter to this frosting recipe makes the frosting taste very similar to a Swiss meringue butter cream without the hassle of cooking egg whites. It is lighter and creamier than most American buttercream recipes. I decided to add a little more salted caramel because I thought it needed an extra boost of flavor above and beyond the 1/3 cup in the original recipe. The frosting may be the best part of this cake recipe, especially paired with the denser, apple-flavored cake. 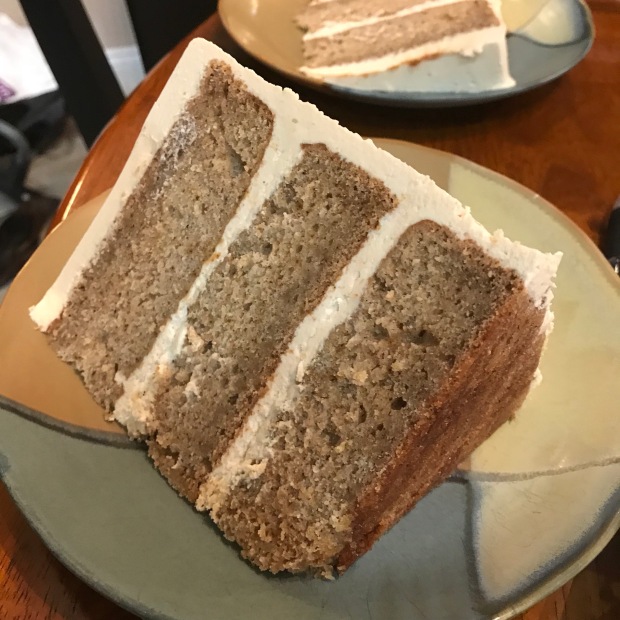 I think the cake was a success. My wife is usually a pretty good barometer, and sometimes she surprises me with the flavors she likes (she almost always requests some variation of chocolate or funfetti). On the first night, she finished her entire slice. If it wasn’t good or too much ______, she’d usually leave her leftovers on the plate for me to consume. Even though she’ll probably kill me for mentioning it, on the second night, not only did she enjoy a slice, she had two, albeit small, slices (she also usually passes on night #2). Then, she helped me finish off the cake on the third night, practically asking me when I was making it again…